A single day affords the chance to sample some encounters unique to Boston. You won’t have time for full engagement,but you can discuss several singular attractions and destinations. Your focus will be the downtown area,home to the city’s oldest and most historic communities.

One Singular Sensation: On a 1-day visit,think about focusing on just one or two things you’re most excited about,plus a good meal or 2. If what really gets you going is the Museum of Fine Arts,the Museum of Science,Newbury Street’s art galleries and boutiques,or even an outing,you have a good reason for refraining from doing more– and for a return trip to Boston!

Boston’s signature attraction is a 2.5-mile line of red paint or brick set out at the suggestion of a local journalist in 1958. Following the entire Freedom Trail can consume the better part of a day,but several options that focus on the downtown part of the walk take 2 hours approximately. Your goal is to cover– at whatever pace suits you,as carefully or as casually as you like– the first two-thirds of the trail,from Boston Common through Faneuil Hall. Start at the Boston Common Visitor Info Center with a pamphlet describing the self-guided tour or with the audio tour available from the Freedom Trail Foundation. If you prefer a guided tour,check the schedule of tours with National Park Service rangers,Boston By Foot,and the Freedom Trail Foundation.

Faneuil Hall Marketplace provides a host of shopping options,a lot of which are outlets of national chains. You can give your wallet a workout before,after,or even (this can be our little secret) during your sightseeing.

The main level of Faneuil Hall Marketplace’s central building,Quincy Market,is a gigantic food-court. You can eat at the marketplace,but I suggest crossing Atlantic Avenue and enjoying your snack or lunch with a glorious view. Stake out a seat overlooking the marina beside Christopher Columbus Waterfront Park. If you ‘d rather eat indoors,head across the street to Union Oyster House

The Freedom Trail continues here with another famous Paul Revere hangout,the interesting Old North Church. But there’s more to this historic neighborhood than just history. The city’s “Little Italy” (locals don’t refer to it as that) is a great place for wandering around.

Coffee outlets throughout the city valiantly attempt to serve excellent espresso and cappuccino; the shops here always succeed– and if they don’t,they don’t remain in business long. Pair your caffeine with a fresh-baked pastry,settle in at a bakery or caffÃ¨,and take in the scene on the North End’s main drag. Top choices: CaffÃ¨ Vittoria,Mike’s Pastry,and CaffÃ¨ dello Sport.

Now downtown Boston’s small size settles: In almost any direction,the gorgeous harbor is a short stroll from the North End. As the day unwind,you can take a sightseeing cruise from Long Wharf or Rowes Wharf– though a ferry ride from Long Wharf to Charlestown and back may be much better for your schedule and budget. If cruises aren’t for you or run out season,explore the New England Aquarium or the Boston Children’s Museum. If those don’t attract you,head for the nearby Seaport District (also known as the South Boston Waterfront) and visit the Institute of Contemporary Art. It’s a 20- to 30-minute walk or 10-minute cab ride.
Or– it’s not the Waterfront,but bear with us– abandon the sightseeing after the Paul Revere House and go shopping in the Back Bay,starting with a stroll along Newbury Street. 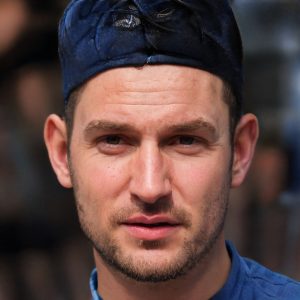